Do we still need dictionaries in the age of Google?

Dictionaries are, after all, giant databases of words compiled by lexicographers who investigate word usages and meanings.

These days, however, Google is our database of meaning. Want to know how to spell assiduous? Type it incorrectly and Google will reply, in its kind-hearted way: “Did you mean: assiduous”? Why yes, Google, I did.

Google then spits out a bunch of links to Web definitions for assiduous. Without clicking on any of them, the two-sentence summaries below each link give me enough to get a sense of the word: “hard working,” and “diligent.”

Still not satisfied? Fine, click on the Google “News” tab &ndash; and you will be directed to a page of links where the word assiduous appears in news stories. Presto, sample sentences and usage examples.

“You and I can be our own lexicographers now,” says Barbara Wallraff, the longtime language columnist for The Atlantic magazine. “We don’t need dictionaries.” 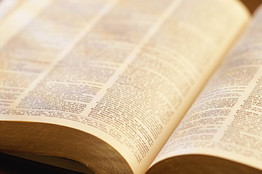 Of course, there is plenty that dictionaries still do well. Online dictionaries provide most of the definition links that pop up in Google. Dictionaries are still good for obscure usages and etymologies. Dictionaries also can arbitrate disputes that arise during a game of Scrabble or late-night conversations.

But dictionaries have also failed us in many ways. They infuriate word sticklers by presenting a variety of usages and leaving the reader to decide which is correct. Dictionaries fail to update meanings often enough. And due to space constraints in the print editions, many dictionary definitions are so concise as to be unhelpful. Ever run into a definition like this one for calumnious: “of, involving, or using calumny”?

Few dictionaries &ndash; other than the vaunted Oxford English Dictionary &ndash; provide enough usage examples. “Every time you add a new word to the dictionary, you have to subtract something, so you cut out example sentences,” says Wendalyn Nichols, former editor-in-chief of the Random House dictionary division who is now the editor of Copyediting newsletter. And even the OED provides mostly historical examples from the 1800s and 1900s.

Without relevant example sentences, dictionaries are crippled. Don R. McCreary, a linguistics professor at the University of Georgia, says that his studies show that student comprehension of dictionary definitions improves dramatically when multiple example sentences are provided.

Online, the situation is no better. Most free dictionary sites contain the same crammed definitions and lack of example sentences as their print cousins. Online definitions are also usually from older, out-of-print dictionaries &ndash; and thus are often outdated. What’s more, they are festooned with blinking flat-belly advertisements.

It’s time for a new model for dictionaries. After all, we are all professional writers in this era of texting, blogging and tweeting. We need a dictionary that is as dynamic as our use of the language; a dictionary that knows that the word ‘optics’ has moved beyond just science to have a role in politics. And although Google is doing a pretty good job aggregating meanings, I would prefer some human experts to give authority and heft to a new database of meaning.

Consider the word “widget.” A quick Google search is topped by links to Apple and Yahoo widget directories, followed by Wikipedia. Even without opening any of the links, it’s easy to surmise that a widget is currently used to describe some kind of techy add-on feature for Web sites.

Compare that bit of knowledge to what you get from 2009 edition of the Merriam-Webster dictionary (the free online version or the offline print version): “an unnamed article considered for purposes of hypothetical example.” Huh? The dictionary provides no example sentences to illuminate that bit of prose.

The 2009 American Heritage (which can be found for free mid-way down the page on Dictionary.com &ndash; good luck finding it) is more up-to-date. Its definition 3b for widget is “a program that performs some simple function, such as providing a weather report or stock quote, and can be accessed from a computer desktop, webpage, mobile phone or subscription television service.” But, again, no example sentences are provided.

Even worse was the definition from the $295-a-year online edition of the Oxford English Dictionary. The definition, boldy dated as a “draft addition november 2003”: “A visual symbol on a computer screen; a graphical device in a graphical user interface; the software and data involved when the operations represented by such a device are invoked, esp. regarded as jointly constituting a tool.”

Jointly constituting a tool? In the past six years, the OED editors had no chance to update that mouthful of gobbledy-gook?

Finally, I turned to a new online dictionary, Wordnik. The widget definitions were equally outdated. But right next to them were a bunch of example sentences from Twitter and some technology publications that nicely illustrated widget’s meaning and current usage. Bravo!

Launched by Erin McKean, former editor in chief of the New Oxford American Dictionary, Wordnik offers definitions from dictionaries old and new, but its real advantage is its trove of example sentences pulled from sources ranging from Twitter to newspaper articles. It even pulls photos from Flickr to illustrate words.

Ms. McKean nicely distills my problem with dictionaries: she says the problem is that dictionaries aren’t good enough for the professional-amateur writers that we’ve all become.

“You can buy a camcorder that is almost as good as a professional video recorder. You can buy cooking equipment for your home that could be used in any restaurant,” she says. “We don’t have the pro-am version of a dictionary yet.”

Wordnik is a good first step towards a dictionary for the modern wordsmith, but without up-to-date definitions it’s really just a better Google search for example sentences. I am still hoping for a dictionary that will leave Google in the dust.

Write to Julia Angwin at julia.angwin@wsj.com 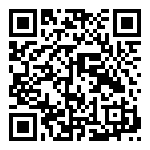