CIVILISATION OF THE UNITED KINGDOM

INTRODUCTION TO THE UNITED KINGDOM Great Britain, also known as Britain, is a large island in the North Atlantic Ocean …

INTRODUCTION TO THE UNITED KINGDOM

Great Britain, also known as Britain, is a large island in the North Atlantic Ocean off the northwest coast of continental Europe. With an area of 209,331 km2 (80,823 sq mi), Great Britain is the largest of the British Isles, the largest European island, and the ninth-largest island in the world. In 2011 the island had a population of about 61 million people, making it the world’s third-most populous island after Java in Indonesia and Honshu in Japan. The island of Ireland is situated to the west of it, and together these islands, along with over 1,000 smaller surrounding islands, form the British Isles archipelago.

The island is dominated by a maritime climate with quite narrow temperature differences between seasons. Politically, the island is part of the United Kingdom of Great Britain and Northern Ireland, and constitutes most of its territory. Most of England, Scotland, and Wales are on the island. The term “Great Britain” often extends to include surrounding islands that form part of England, Scotland, and Wales, and is also sometimes loosely applied to the UK as a whole.

The civilization of the United Kingdom is influenced by the UK’s history as a developed island country, a liberal democracy and a major power; its predominantly Christian religious life; and its composition of four countries—England, Wales, Scotland and Northern Ireland—each of which has distinct customs, cultures and symbolism. The wider culture of Europe has also influenced British culture, and Humanism, Protestantism and representative democracy developed from broader Western culture.

British literature, music, cinema, art, theatre, comedy, media, television, philosophy, architecture and education are important aspects of British culture. The United Kingdom is also prominent in science and technology, producing world-leading scientists (e.g. Isaac Newton and Charles Darwin) and inventions. Sport is an important part of British culture; numerous sports originated in the country, including football. The UK has been described as a “cultural superpower”,[1][2] and London has been described as a world cultural capital.[3][4] A global opinion poll for the BBC saw the UK ranked the third most positively viewed nation in the world (behind Germany and Canada) in 2013 and 2014.[5][6]

The Industrial Revolution, which started in the UK, had a profound effect on the family socio-economic and cultural conditions of the world. As a result of the British Empire, significant British influence can be observed in the language, law, culture and institutions of a geographically wide assortment of countries, including Australia, Canada, India, the Republic of Ireland, New Zealand, Nigeria, Pakistan, South Africa, Sri Lanka, the United States and English speaking Caribbean nations. These states are sometimes collectively known as the Anglo sphere, and are among Britain’s closest allies.[7][8] In turn the empire also influenced British culture, particularly British cuisine.[9]

The cultures of England, Scotland, Wales and Northern Ireland are diverse and have varying degrees of overlap and distinctiveness. 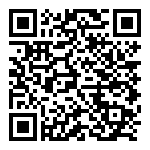